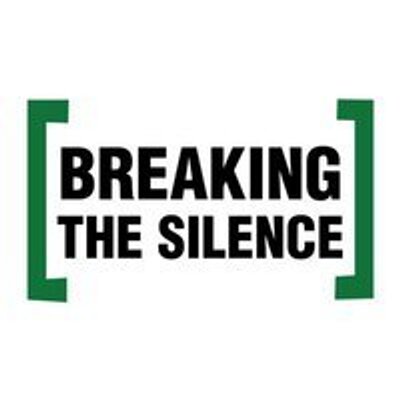 Breaking the Silence, a group of Israeli soldiers, has published a report showing how Israel’s lax rules of engagement and indiscriminate artillery fire led to a large number of civilian casualties and the mass destruction in Gaza during the war last summer.

These courageous soldiers have refuted the lies of the Israeli government, which claims that it took all necessary precautions to protect civilians. They have demonstrated that Israel was in breach of international law, which requires armies to distinguish and protect civilians.

Benny Gantz, Israel’s chief of staff during the war, defended his troops’ conduct as legal. He threatened that future conflicts would be even bloodier “because of the difficulty distinguishing between Palestinian fighters and civilians.”

Contained within the 240 page report, This is How We Fought in Gaza 2014, and the accompanying videotapes shown on Israeli television, are harrowing testimonies from 60 soldiers and officers.

According to the soldiers, their commanders told them to view all Palestinians in the combat zones as a potential threat, whether or not they were brandishing weapons. Individuals spotted in windows and on rooftops, especially if they were speaking on mobile phones, were often considered scouts and could be shot. They were “not to spare the ammo.” The priority was to minimise Israeli casualties, even if it meant that Palestinian civilians lost their lives.

A first sergeant serving in the Mechanized Infantry in Gaza explained, “Anything inside [the Gaza Strip] is a threat. The area has to be ‘sterilised,’ empty of people–and if we don’t see someone waving a white flag, screaming, “I give up” or something–then he’s a threat and there’s authorisation to open fire… The saying was, ‘There’s no such thing there as a person who is uninvolved.’ In that situation, anyone there is involved.”

Another soldier said, “The rules of engagement for soldiers advancing on the ground were: open fire, open fire everywhere, first thing when you go in.”

The report alleged that the Israel Defence Force (IDF) reduced whole neighbourhoods to rubble for no clear operational reason, just to “demonstrate presence in the area.”

In anonymous interviews, the soldiers described how they reduced neighbourhoods to sand, fired artillery randomly to avenge fallen comrades, shot at innocent civilians because they were bored and watched armed drones attack two women talking on their mobile phones because they thought the women were acting as look-outs for Hamas, the militant Palestinian group that controls Gaza.

The rules of engagement were lax, permissive or just plain non-existent; engendering a foul, racist attitude among some of the soldiers whose slogan became, “Let’s show them.”

The director of Breaking the Silence, Yuli Novak, called the rules of engagement “the most permissive” he had seen and amounted to an “ethical failure… from the top of the chain of command.” He called for an independent investigation into “conduct at the highest ranks in the security and political establishments.”

In last summer’s murderous war against a population who had no means of escape, Israeli armed forces killed at least 2,256 Palestinians, of whom 1,489 were civilians and 540 were children, 25 percent of the entire death toll. In contrast, just 66 Israeli soldiers and seven civilians were killed, highlighting the callous and one-sided nature of the war.

A particular feature of the war, in contrast to Israel’s previous wars on Gaza in 2006, 2008-09 and 2012, was the targeting of homes, often of the families of militants belonging to Hamas, Islamic Jihad and other groups. The IDF destroyed or severely damaged at least 18,000 homes, leaving 100,000 people homeless, as well as 111 United Nations buildings, many of them schools and hospitals.

The Breaking the Silence report is only one of a number of investigations into the atrocities committed by Israel in Gaza. It follows an inquiry by Associated Press and the Israeli human rights organisation B’tselem into 247 air strikes–excluding artillery strikes that are notoriously inaccurate–that witnesses said, and inspections confirmed, hit residential sites.

It showed that 508 of the 844 people killed in those 247 strikes–out of some 5,000 air raids–were children, women and older men. Just 5 percent of the total strikes resulted in a disproportionate number of deaths–one third of the total–with most of those killed civilian non-combatants.

The UN Human Rights Council formed a commission of inquiry into the war, although Israel has refused to cooperate. It is due to present its report in June.

Earlier this year, prosecutors at the International Criminal Court (ICC), responding to a request from the Palestinian Authority which has joined 22 UN conventions and institutions, including the ICC, said it would launch a preliminary examination to scrutinize “in full independence and impartiality” whether crimes might have been committed during last summer’s war.

Last month, following an investigation led by a retired British general, UN Secretary General Ban Ki-moon, held Israel responsible for the bombing of seven UN sites, including five schools, used as civilian shelters during the war in which 44 Palestinians died and 227 were injured. He condemned the attacks “as a matter of the utmost gravity” and insisted that UN locations were “inviolable.” But, acceding to heavy pressure from Tel Aviv and Washington, the UN agreed to delay publication until after Israel had completed its own inquiries.

Israel is carrying out a number of investigations both to exonerate itself and to challenge any enquiries by the ICC or UN into possible war crimes, as the ICC and UN will not investigate if Israel carries out its own criminal investigations. The Military Police, under instructions from the Military Advocate General’s Office, has launched 13 criminal investigations, closing nine, claiming there was no evidence of wrongdoing. The military is also examining 85 complaints about “exceptional incidents.”

Nine months after the end of the war, the situation in Gaza, one of the most densely populated regions in the world, remains desperate. Some 1.8 million are trapped in what is little more than an open-air prison. The main crossing to the outside world at Rafah into Egypt was open for just three days in January.

At least 20,000 people remain homeless, with 10,000 sleeping on the floors of UN-run schools and many more in caravans and tents, or amid the rubble of their bombed-out apartments.

There has been little reconstruction in large part because of the Israeli-Egyptian blockade. According to Oxfam and other NGOs, in January just 579 truckloads of building materials entered Gaza, down from 795 in December, a fraction of the amount required.

Donors who pledged some $5.4 billion in aid at the Cairo conference last October have failed to make good on their promises, bringing to a halt the UN Relief and Works Agency’s cash assistance programme in Gaza for repairs to damaged and destroyed homes and for rental subsidies to the homeless.

Electricity is available for no more than six hours a day. Without heating, children and babies died in the cold winter. Cooking has to be done on camp-fires, leading to accidents, deaths and injuries.

The Palestinians have also suffered from Israel’s almost daily violations of the 26 August ceasefire. Israel has fired more than 400 times on farms in Gaza and on Palestinian fishing boats, leading to the death of one fisherman and injuries to others. Palestinians have largely abided by the one-sided ceasefire, with just four rockets being fired that resulted in no injuries from August 26 last year to the end of March.

At least ten people have been killed and 36 injured due to unexploded munitions since the ceasefire.